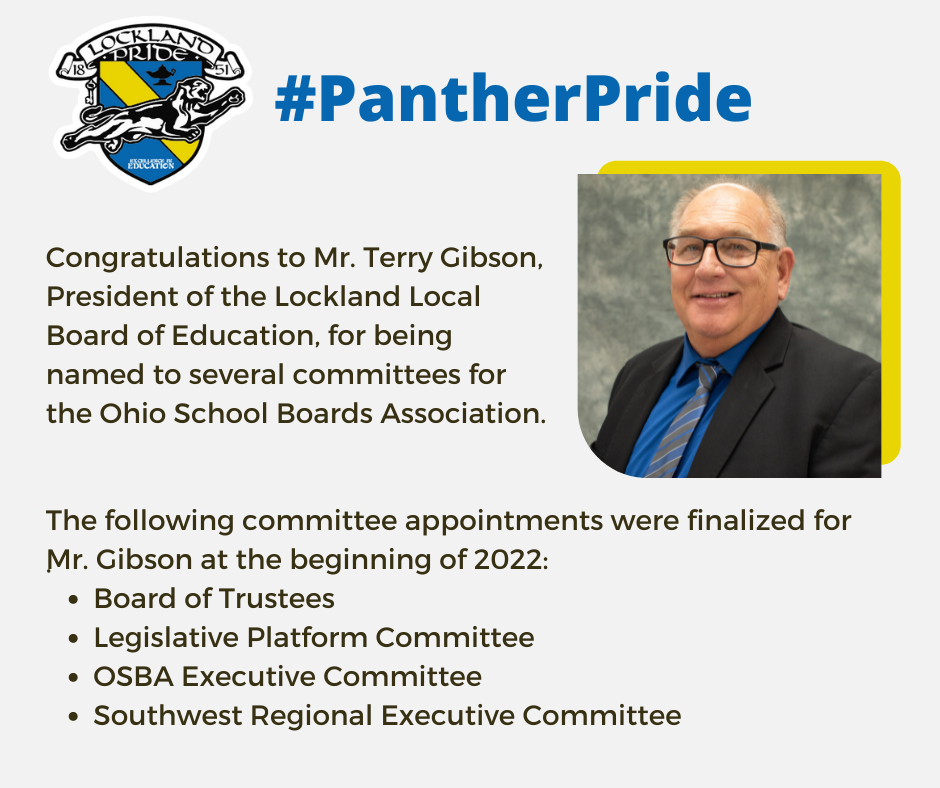 Board President Named to State Committees

Congratulations to Mr. Terry Gibson, President of the Lockland Local Board of Education, for being named to several committees for the Ohio School Boards Association. The OSBA serves Ohio’s public school board members through advocacy, resources, and professional learning opportunities.

The following committee appointments were finalized for Mr. Gibson at the beginning of 2022:

“Lockland is fortunate to have Mr. Gibson serve on these committees that make an impact on public education here in our community and throughout the state. He is truly dedicated to Lockland Schools and to public education,” shared Lockland Superintendent Bob Longworth.